Researchers at the University of Texas at El Paso (UTEP) have developed a new low-cost AJP (Aerosol Jet Printing) system that can be used to create hybrid electronic devices.

The scientists’ 3D printer costs just $ 12,000 and is based on a 32-bit microcontroller (MCU) that enables connection to peripheral devices that offer advanced structuring capabilities. Thanks to its flexible functionality, the machine is able to lay down electronic inks in complex constructions, potentially making it a more accessible way of making electronics in research, prototyping, and educational applications.

Scientists used $ 12,000 worth of components to create their low-cost AJP 3D printer. Photo via the Additive Manufacturing Journal.

Digital motion control systems are a core component of many 3D printers, not only in AJP setups, but also in FFF, material jet, and sheet lamination systems. Essentially, the devices are used to align a system’s toolheads during printing, and the proliferation of low-cost MCUs within FFF has been key to introducing the technology to labs, maker spaces, and academic environments.

Accessible motion control systems, however, have traditionally been limited by poor precision, making them less useful in AJP machines operating in the 10-100 µm range. AJP MCUs must also be capable of extensive multitasking in order to create commercial standard electronics, often requiring the inclusion of expensive, improved hardware.

In addition, high-performance microcontrollers are often built using proprietary software, which means that owners are no longer able to customize their machines for specific applications. So, to make AJP more accessible, the UTEP scientists developed a cheaper architecture along with a supporting real-time operating system (RTOS) that can do multiple tasks on the go. 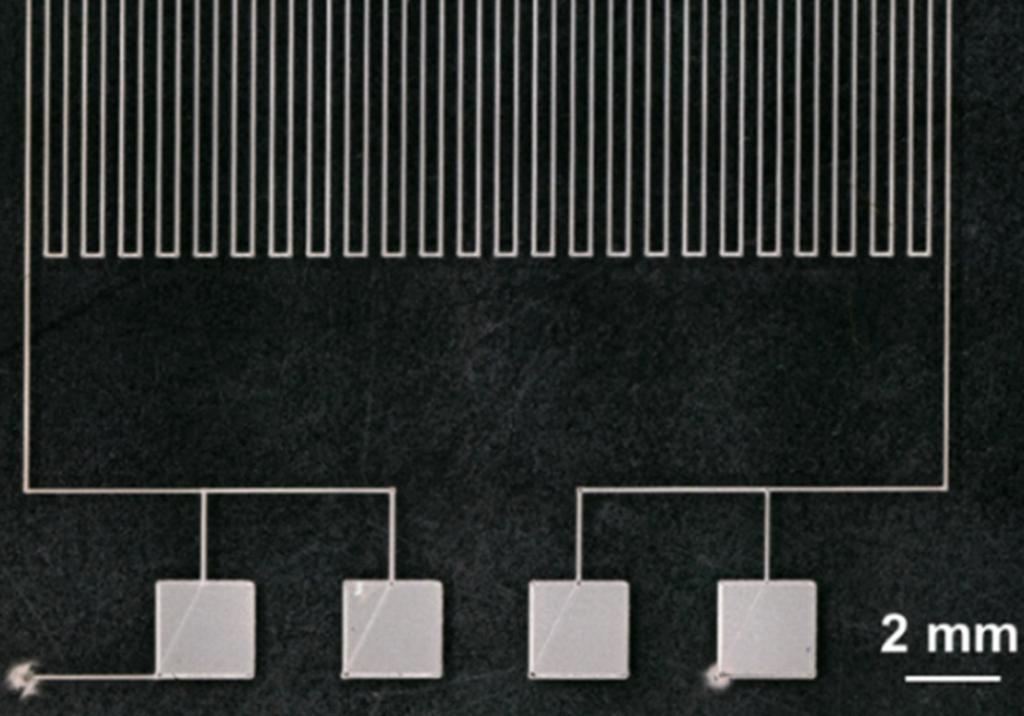 Using the AJP system, the team was able to 3D print a temperature-sensitive resistor. Photo via the Additive Manufacturing Journal.

AJP printing on a budget

Given its competitive specifications, the team decided to use a $ 40 Cortex-M4F MCU from Texas Instruments as the base for the new machine. With a built-in UART transmitter and (I2C) circuit interfaces, the microcontroller had sufficient capacity to control the printer while synchronizing the peripheral devices with its motion control system.

The MCU was built into a custom AJP printer, which features a 3-axis motor platform as well as a relay module, mechanical shutter and ultrasonic nebulizer for ink atomization. To add high-speed processing capabilities to the system, the team used the FreeRTOS application to create an operating system that divided its operations into simple tasks, making them both manageable and modular.

After the scientists perfected their algorithm and put their system together, they armed it with a silver ink and created a series of symmetrical patterns. After passing initial tests with flying colors, the researchers assessed the suitability of their machine for more demanding applications by depositing conductive silver in a serpentine resistor. 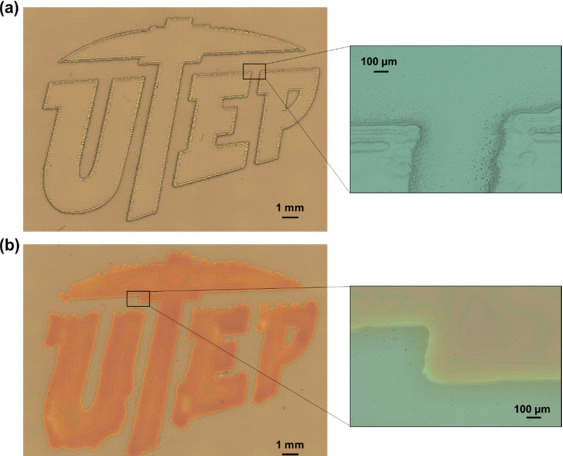 The UTEP team then created the logo of their university using conductive NP inks (see illustration). Images via the journal Additive Manufacturing.

The resulting detector had a temperature sensing function and was able to provide an accurate reading for both heating and cooling. While the team’s machine was able to achieve a print resolution of 50 µm, some of their more complex test objects showed ink spread and they suspected that this could be corrected by adding a heated bed to better control deposition rates.

The pace of the scientists’ AJP machine was also faster than that of low-cost FFF systems, but remained slower than many high-end printers. To correct this, the team suggested that the approach could be further optimized by upgrading the algorithm, and identified particular areas for improvement for time-sensitive parts such as the closure of the machine.

In the near future, engineers also intend to make the exact specifications of their low-cost AJP 3D printer openly available on GitHub in order to make the electronic 3D printing capabilities available to as many users as possible. In the meantime, below is a brief breakdown of the custom system.

During the AJP, it is essentially possible to spray conductive inks on 2D or 3D surfaces, making them ideal for making circuit boards and consumer electronics devices.

Optomec, based in Albuquerque, is a specialist in this field and recently launched its Aerosol Jet HD2 3D printer, which is specially designed for the production of 5G printed circuit boards. Elsewhere, the company’s technology has also been installed by Samsung Electronics to speed up the electronics production process.

Similarly, scientists from Georgia Institute of Technology and Hanyang University have developed a novel AJP 3D-printed biosensor for blood monitoring. The stretchable electronic system has a circuit-free and flat design that can be used to identify aneurysm treatments in the brain.

The researchers’ results are detailed in their article entitled “Developing Modular Motion Control Software to Support a Versatile, Low-Cost Aerosol Jet Platform for Printed Electronics”. The study was co-authored by Alejandro Martinez-Acosta, Rebecca R. Tafoya, Stella A. Quinones, and Ethan B. Secor of the University of Texas at El Paso, Sandia National Laboratories, and Iowa State University.

The image shown shows the inexpensive components of the researchers’ AJP 3D printer. Photo via the Additive Manufacturing Journal.