Stratasys did not announce the purchase price of RPS. The buyout gives Stratasys access to RPS’s entire Neo SLA system line and strengthens the company’s extensive technology offering, which includes FDM and Polyjet 3D printers. Stratasys expects the move to have an impact on both revenue and non-GAAP earnings per share through the first quarter of 2022.

“As companies accelerate their adoption and adoption of additive manufacturing, our goal is to bring the world’s best and most comprehensive polymer 3D printing portfolio to our global customers,” said Yoav Zeif, CEO of Stratasys. “We believe that Neo products are superior to other solutions currently available on the market due to an open choice of resins, low service requirements, and reliable and precise designs with easy day-to-day operation.”

The Neo SLA range of 3D printers. Photo via RPS.

According to Stratasys, the global industrial SLA 3D printing market is around $ 150 million and is expected to continue growing at a rate of 10% year over year. With only a few major players in space, RPS has already made a name for itself with its Neo line.

The open resin systems are characterized by their large-format construction volumes. The flagship Neo800 offers up to 800 x 800 x 600 mm. All Neo 3D printers also have the company’s Titanium control software, built-in cameras, network connectivity, and capabilities to adjust printing parameters during build.

With access to RPS’s established customers, including the British Formula 1 racing team Williams Racing, Stratasys will strengthen its position in markets such as automotive and polymer tools. The dental sector in particular is expected to offer a wealth of opportunity with resin-based applications such as orthodontic clear aligner molds and anatomical models. Zeif has even announced plans to integrate the company’s cloud-based GrabCAD Print software with future RPS 3D printers.

David Storey, Director of RPS added, “We developed the Neo line to raise the industry standard for the next generation of large-frame industrial stereolithography 3D printers. I look forward to further developing this world-class technology with the Stratasys team to bring our products to a wider global audience. “ 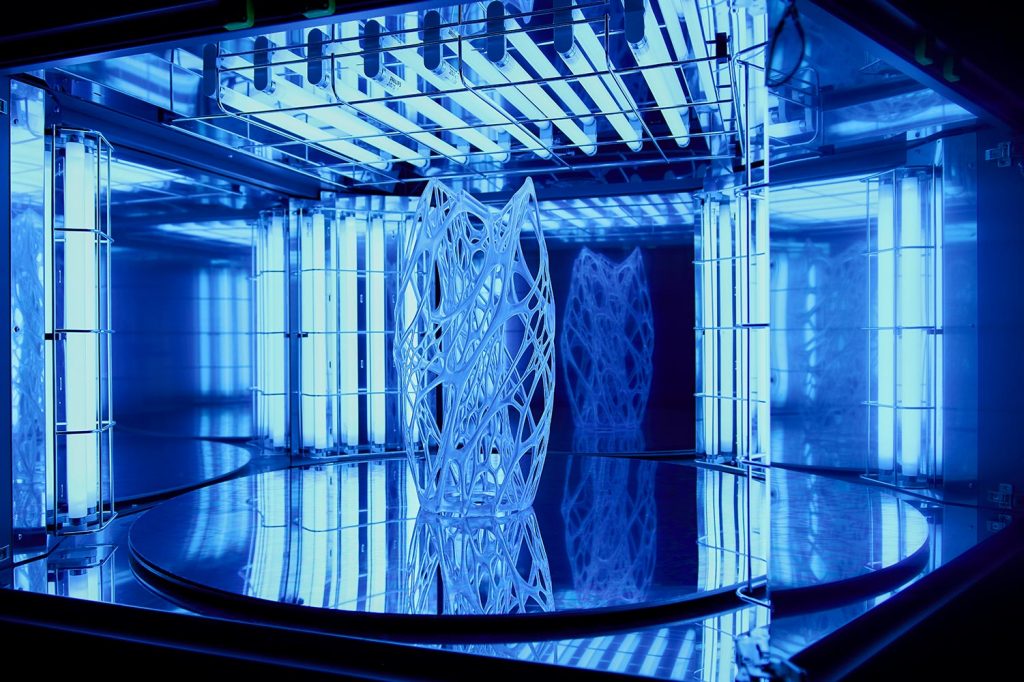 A resin part that is cured in a Neo UV800 finishing station. Photo via RPS.

What does this acquisition mean for the V650 Flex?

As early as 2019, Stratasys introduced its first commercial SLA 3D printing company, the large format SLA 3D printer called V650 Flex. Of course, the acquisition has raised concerns about the future development of the printer as RPS technology appears to make it obsolete.

When asked about the future of the V650 Flex, Stratasys told the 3D printing industry, “We have acquired RPS and the Neo line of products as our industry’s best industrial stereolithography solution that we will bring to the world. RPS’s Neo products will eventually replace the V650 as we expand our ability to meet the demand we see in the marketplace. “

Stratasys will sell, service, and support the machine for a minimum of seven years. Stratasys will also endeavor to provide its customers with an easy and inexpensive transition to a Neo 3D printer in due course. 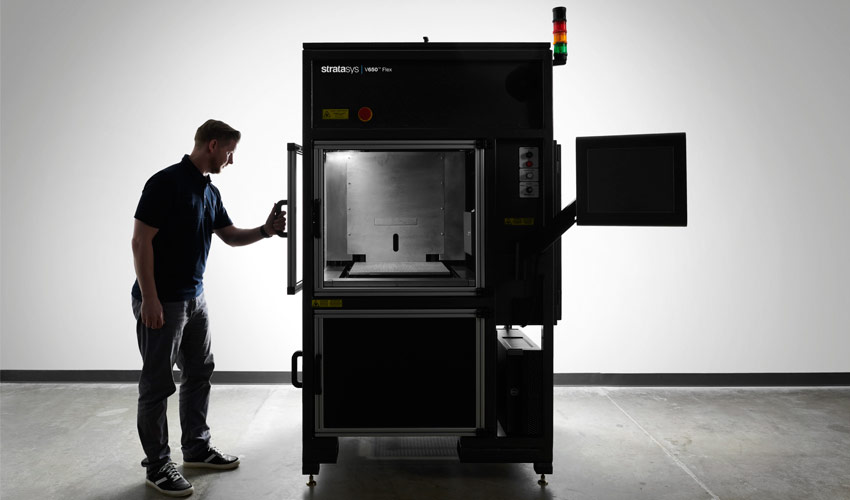 As a result of the acquisition, Desktop Metal was also able to take over the entire sales network of EnvisionTEC and expand the company from only 80 partners to over 200 partners. EnvisionTEC’s customer base with more than 1,000 orthodontic users is intended to give the company a ready-made entry into the constantly growing dental market.

The picture shown shows a resin part being cured in a Neo UV800 finishing station. Photo via RPS.